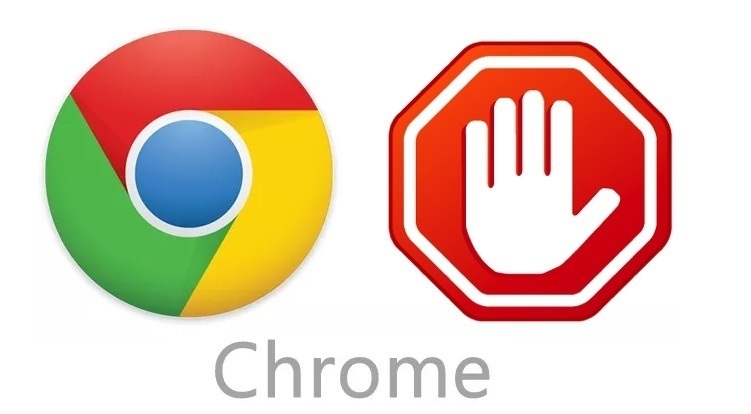 It may strike you as odd that Google, the world’s biggest advertising company and which earns billions of dollars each year from online ads, is helping users block ads.

This past week Google started rolling out an update to their Chrome web browser which incorporates Google’s new ad blocker designed to weed out annoying and intrusive ads.

Sites deemed to violate the Better Ads Standards by showing irritating ads such as auto-playing videos with audio; prestitial ads with a countdown; or full screen rollover ads, will eventually see all their ads blocked by Google Chrome.

And this includes any Google ads they may be displaying i.e. AdSense or DoubleClick ads.

Google says they’re doing this to protect users’ experience and improve the web for everyone.

It’s important to note that some sites affected by this change may also contain Google ads. To us, your experience on the web is a higher priority than the money that these annoying ads may generate—even for us.

But behind these altruistic statements lie pragmatic commercial reasons for Google for blocking ads.

Google is hoping that by punishing websites which display annoying ads, then fewer sites will use these sorts of ads. This should lead to a less annoying internet and so give users less reasons to install third party ad blockers.

The problem for Google with third party ad blockers is that they can prevent ALL ads from being displayed – not just the annoying ones. And when all ads get blocked, including Google’s, that hits Google’s revenues. (Remember, Google is the world’s biggest advertising company).

And it looks like Google’s plan to punish sites is working.

Last June, Google reviewed over 100,000 sites in North America and Europe to audit publishers’ ads and found that just over 1% were not compliant with the Better Ads Standards. Interestingly, 37% of these sites previously found in violation of the Better Ads Standards had subsequently fixed their advertising issues ahead of the Chrome ad blocker being launched. Sites included big players like the Los Angeles Times, Chicago Tribune and Forbes.

So how does it work and how do you know if your site is compliant?

Sites are evaluated by Google examining a sample of pages from the site to see if any of the following 12 annoying ad experiences are being displayed.

These intrusive ad formats will automatically be blocked by Chrome in the future (Source: Coalition for Better Ads).

Depending on how many violations of the Better Ads Standards are found, the site will be evaluated as having a status of Passing, Warning, or Failing.

Chrome will block ads such as auto-playing in-line video ads with sound - these are ones that appear between two paragraphs in an article on a web page and automatically play sound and video.

Chrome will also block pop-ups with countdown, and pre-stitial ads with countdown. Those are the full-page ads that appear with a 10-second timer and a skip button after the countdown.

The browser will block some "sticky" ads as well, which appear at the bottom of the site visitor's screen and remain in place as a user scrolls up and down.

Websites that violate the new standards will be given 30 days to remove the offending ads from their sites or Google will block their ads.

Site owners can access a detailed Ad Experience Report that lists specific violations from the Google Search Console.  You can use this to check if any ads running on the desktop or mobile versions of your website violates the Better Ads Standards. If violations have been identified, you can request a review of your site after you've fixed the issues.

Check out the video below for a quick overview of the Ad Experience Report, why it matters for publishers, and how to use it to resolve ad experiences found to violate the Coalition for Better Ads Better Ads Standards.