Google study: One in 20 people a victim of fake online ads

There are over 50,000 browser extensions and 34,000 software applications that hijack web browsers and inject ads onto web pages. And, according to a new Google study, more than one in 20 people online, and millions worldwide, are using browsers infected with ad injection software.

But what exactly are ad injectors? Google describes them as “yet another symptom of ‘unwanted software’ – programs that are deceptive, difficult to remove, secretly bundled with other downloads, and have other bad qualities”.

Google’s study, conducted with the University of California, Berkeley and Santa Barbara, revealed that ad injectors source ads from about 25 businesses that provide ‘injection libraries’. These companies (Super fish and Jollywallet are the most popular) manage the advertising relationships with ad networks and shopping programs, and pay their affiliates a small percentage of the earnings. 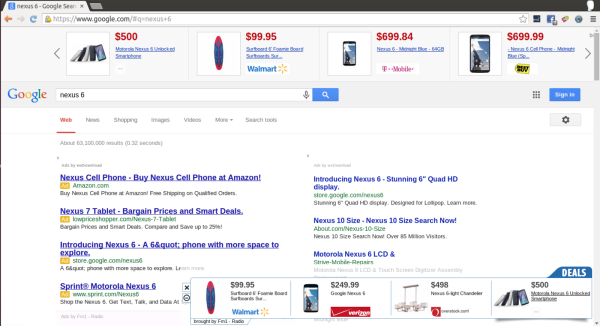 The ad injection scam is affecting both advertisers and publishers, according to Google. More than 3,000 advertisers (including some major brands) have been affected – they don’t have any idea where their ads are being shown, and are paying scammers an affiliate commission for clicks on their ads. As for the publishers, they haven’t been paid (although the ads were ostensibly shown on their websites, often in place of other ads).

Google’s study was intended to highlight the severity of the ad injector issue and unmask the network of companies profiting from it. And while the company has done just that, it’s unlikely this issue will be solved overnight.