A California class action suit accusing Google of misleading advertisers on where their AdWords ads might appear is to proceed, despite an appeal by Google to the US Supreme Court.

The plaintiffs argue that Google violated California’s fair advertising laws over the period 2004-2008. The 2008 suit asserts the company did not disclose that ads expected to appear alongside Google search results might also be shown on less desirable web pages.

The placements cited as undesirable, according to a Reuters report, include error pages and parked domains in the Google Display Network. 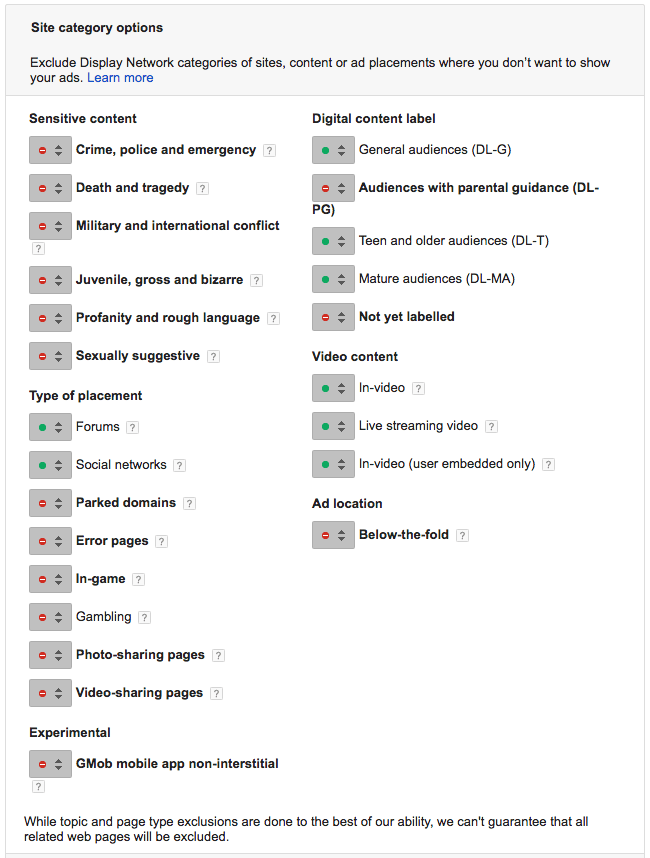 If you are running ads on the Google Display Network, you now have some control over where your ads appear. But, even if you realised your ads were being shown on sites other than Google, you didn’t have the same exclusion options in 2004.

AdWords has come a long way since 2004, and is about to get a major overhaul.

Back then, by default, ads were automatically shown on the Google Display Network as well as on Google search and search partner sites. And advertisers didn’t have the same control over placement as today.

Now, of course, it’s possible to exclude types of sites and content where you don’t wish your ads to appear. And if you also want to make sure your ads are only shown above the fold, where they are more likely to be seen, you can (and should) also specify as much.