The 2016 Q3 IAB NZ Ad Spend Report is out: with 13% growth YOY we have had our biggest quarter ever.

We’ve compiled a snapshot of the critical figures from the IAB report. 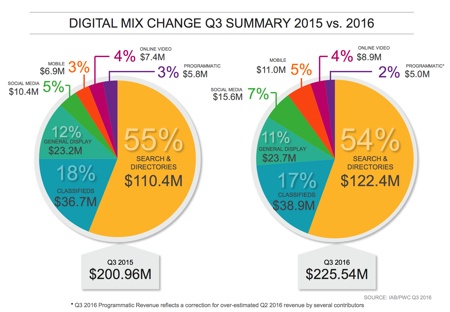 Every segment measured has experienced growth over Q3 2015 with the exception of programmatic. However, the $800k drop in programmatic revenue reflects a correction for over-estimated Q2 revenue by several contributors. 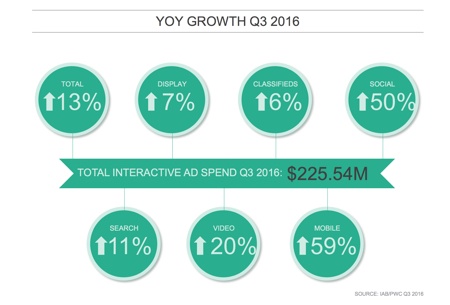 Search and directories still dominate the share of spend. But spend on Social and Mobile has increased by the largest percentage. 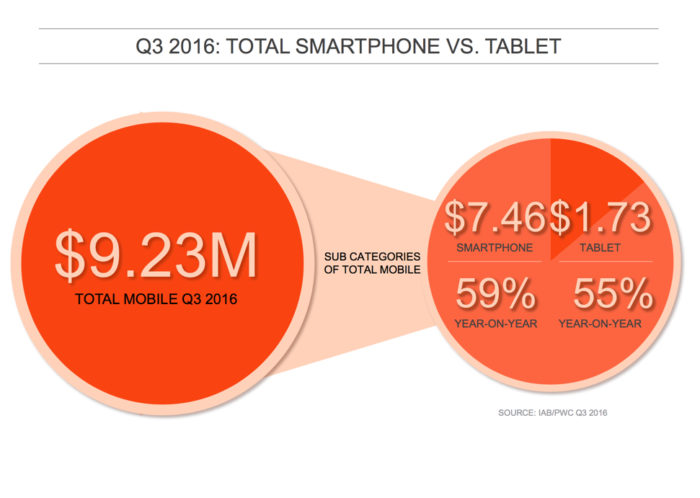 Mobile ad spend has seen significant growth in both smartphone and tablets. While, as expected, the smartphone sub-category still makes up the lion share of the spend, mobile has also now overtaken video in overall ad spend. 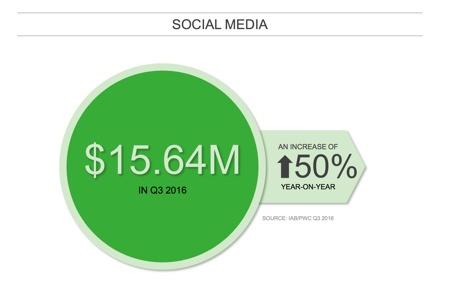 Social continues to see consistent high growth. This will be an interesting segment to watch in 2017 as Facebook reaches its advertising saturation point. 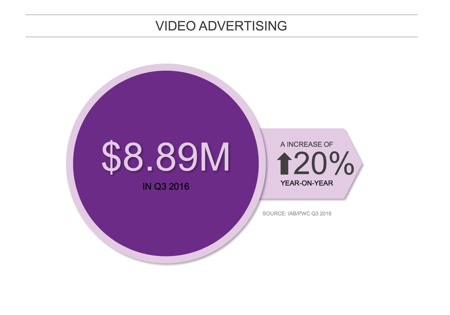 While mobile has overtaken video in overall ad spend revenue there has still been significant growth in video spend. An increase of $1.5m on the same quarter in 2015 (up 20%), highlights the continuing importance of video in the mix.

While search and directories still dominate the spend overall, the increase in sophistication and performance in other segments (as well as continued transfer of advertising budgets from traditional offline media to online) has lead to solid overall growth and competition. With increased competition driving up the costs associated with online advertising, it becomes more important to regularly review digital performance and test other strategies.

With the increased cost of driving traffic, the importance of improving site conversion rates is also growing. We have seen a more companies investing in conversion rate optimisation (CRO) testing to make the most of the website traffic they are getting.

• Mobile is still fastest growing channel but still lags behind US, UK & Australia

Globally, according to Zenith Optimedia:

• Online Video will soon account for 12.8% of the total Interactive Ad-spend market by 2017