Facebook first added autoplay videos at the end of 2013 and, in April this year, reached four billion video views a day, up from a billion views in September 2014. 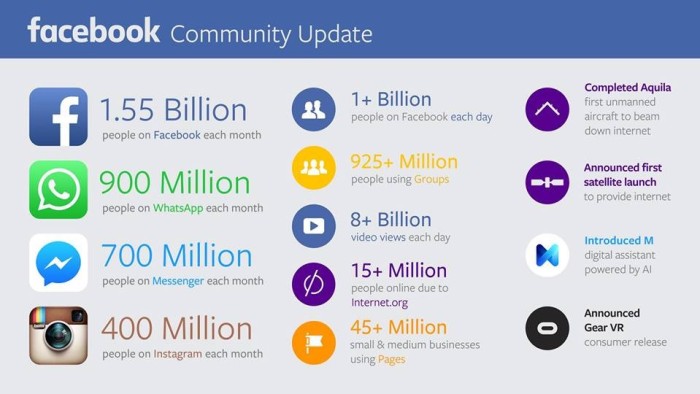 While that growth rate is impressive, a Facebook video view is calculated differently than a video view on YouTube. YouTube only counts videos as having been viewed when they have played for at least 30 seconds. And, while YouTube reached 4 billion video views in 2012, it has since claimed “billions of views” without being specific, except to state that it has over a billion users.

Facebook now has 1.55 billion monthly users (about half the world’s Internet users), with over a billion of them active every day.

When is a video ad on Facebook, not really a video ad? Facebook Slideshow, announced last week, merges three to seven photos to create a silent video with text overlays that autoplays for five to 15 seconds. It’s aimed at emerging markets where consumer bandwidth, connectivity and data costs can be a problem, but will also appeal to advertisers lacking the budget for video creation.

“A year or two from now, we think Facebook will be mostly video,” Facebook ad product lead Ted Zagat said at Variety’s Entertainment and Technology Summit in September. And video ads will, we believe, soon become Facebook’s biggest business.

With a growing audience of people watching short video clips on their smartphones, Facebook video ads will become a must-buy for many online advertisers.