It seems like every week a new batch of top-level domain names goes on sale. This past week was no exception.

If you’ve already got your .nz and .kiwi name registered and you’re waiting to purchase a .restaurant; .gifts; or .vet domain name, now’s your chance.

Many more generic top-level domains (gTLDs) – including .casino, .bet and .pet – are due to be auctioned off in December, with the likelihood the winning bids will also be very high.

History tells us that in the gold rush era it was those who sold the miners their shovels and supplies who got rich; very few miners struck it lucky. So, while Amazon will be hoping for a tidy profit in registering .book domains, who gets the millions that Amazon has paid? That would be the Internet Corporation for Assigned Names and Numbers (“ICANN”), the private sector non-profit organisation responsible for administering the world’s IP addresses.

You’re probably asking yourself – and don’t tell us you weren’t – is whether you should be buying one of these fresh new domain names.

Our thoughts? You might consider registering a .guide, .loans, .healthcare or similar domain if one of these new domain types accurately represents your business. But only if you’ve got the cash to spare.

It’s our understanding that if a competitor attempts to register your brand with one of these new domain names, you will still have first rights to the domain name.

But will having a new .something domain improve your rankings on Google? The official line, from Matt Cutts no less, is no. “You shouldn’t register a TLD in the mistaken belief that you’ll get some sort of boost in search engine rankings,” he posted in March 2012.

2. Bing gets real, says it can’t compete with Google

At a recent Dublin conference, Microsoft’s director of search Stefan Weitz is reported as saying that Bing.com is unlikely to be a strong competitor to Google in the pure search space.

According to Weitz, Microsoft’s focus is not on desktop search, nor even on Bing.com. Rather, it’s on making sure its search technology is included in mobile apps and in such things as natural language search (think Google’s Hummingbird algorithm).

It might seem like Microsoft – or, more particularly, Bing – is throwing in the towel. However, enormous growth in internet and app usage on mobile devices foreshadows a battle for supremacy in mobile, voice and predictive search. 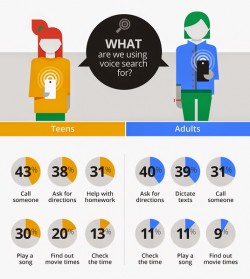 Google’s recent Mobile Voice Study, for instance, points to a generational shift in the adoption and use of voice search, with 55% of US teens using voice search more than once a day.

Today’s winners in the search market will not necessarily, then, be winners tomorrow.

In New Zealand, Bing’s market share is around 4% (as reported in Webcertain’s December 2013 Global Search and Social Report), with Google at 92% (down from 93% in 2012). A year earlier, Bing was at 2%. Statistically speaking, then, Bing has had 100% annual growth, but the reality is that the search engine is still very much a fringe player in this and most other countries.

However, we don’t take it for granted that Google’s dominance in desktop search will naturally parlay into leadership in other search applications. Google doesn’t either, and nor should you.

In Germany there’s been a long running battle between the traditional media and Google. Publishers object to Google “stealing” content and displaying short excerpts from their news stories in Google News. After intense lobbying the German government finally passed a law requiring anyone who publishes more than a short “snippet” of text from a newspaper to pay royalties. This was a law clearly directed at Google.

How did Google respond? Instead of paying royalties the search engine simply stopped displaying news snippets, running the headlines only. It appeared the German media establishment had won the battle.

Or so it seemed. But after just two weeks German media giant Axel Springer, publishers of the newspaper Bild, and major critics of Google have had done a complete U- turn. They now desperately want Google to use their stories in snippets.

As much as media companies like Axel Springer argue Google is taking away their business and should be forced to pay, the reality is they gain more than they lose by having their content indexed by the search giant. So for many publishers Google is a two-edged sword they can’t live without.

If you’re not a news publisher you probably don’t. However what this story clearly illustrates is the huge power Google has in driving traffic to websites.

Google’s power was further illustrated by another story last week when Twitter revealed that SEO had helped it generate a 10-times increase in traffic from visitors who weren’t logged in to Twitter. The traffic Google can deliver can literally make or break a business. And to ensure the content on your site gets the audience it deserves, good SEO is essential.

Facebook’s new Places Directory lets you search cities the world over for recommended restaurants, hotels, bars, attractions and more. Results are ranked according to user ratings and show reviews and (where relevant) a price range. 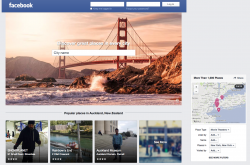 Now you’d think that Facebook might have made some noise in launching Places but, although it is only getting media attention now, Places was actually quietly rolled out in July. One reason for this modesty might just be that, at this stage, Places is just not in the same league as Trip Advisor and similar local guides; another, that eyes are on rolling out a Places app for smartphones in the near future.

If you trust the recommendations of your Facebook friends, you’ll want to use Places.

If you have a local business, on the other hand, likes and reviews on your Facebook page just became more important to you. Earn your likes and reviews by providing your customers with something they want to recommend, though. Facebook no longer allows “like-gating”, having this month put a stop to the common practice of boosting likes by requiring people like posts and pages in order to enter a competition or unlock valuable hidden content.

Location extensions allow you to show a business address, phone number and a map marker with your AdWords text ad. When your ad is shown on mobile devices, there’s also a link with directions to your business.

A problem, now solved with Google’s update, is that businesses with more than one office or storefront in any location have been limited to showing a single address. Now up to three locations will be automatically displayed in mobile search ads, allowing users to click to call or get directions for the one nearest them.

If you’re trying to encourage in-person visits to your stores or offices and you’re already running an AdWords campaign, you should be using location extensions. Google cites a 10% increase in click through rates for ads that use them, and your ads may also appear in Google Maps.

As always, we’re here to help should you need help setting up and running your AdWords account or be struggling to make sense of Google My Business.