SureFire Managing Partner Glenn Marvin has been integral in setting up the Ethical Digital Marketers Community.

Set up as a communal place for businesses and marketers to shut out the sharks and come together in a completely No Spam and Non-Salesy environment to share ideas, Ask Questions, Educate and Connect.

Join Today (Monday the 13th Nov) find the live interview with Justin Flitter and go into the draw for two tickets to this months AI Happy hour as well as get a great special members-only discount rate for TEDXAuckland tickets.

Worried that potential customers aren’t seeing enough of your remarketing display ads? You needn’t be: Google has announced that remarketing and dynamic remarketing ads are coming to Gmail. Now you can target previous visitors to your site with products from your shopping feed, as well as Gmail ads.

For those who need the reminder, Gmail ads are the interactive display ads that show at the top of Gmail inboxes, that expand just like an email when clicked on. And advertisers pay for that click to expand the ad, not clicks to their website.

You’ve been able to target people on your Customer Match email list previously, as well as their interests: now add to that, your remarketing list. 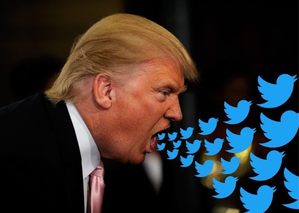 Last week much of the world gave a sigh of relief when a departing hero employee at Twitter on their last day deleted Trump’s Twitter account.

Regrettably, the relief was only for about 10 minutes until the account was restored and the world was again exposed to Trump’s endless and inane rantings.

Trump, who frequently splits his rantings across multiple Tweets, will be pleased that Twitter has now doubled its character limit from 140 to 280. This is because testing by Twitter shows longer tweets receive more engagement.

The web is getting more secure, according to Google

Over the last couple of years, Google has been actively encouraging website owners to make their sites secure by switching to the HTTPS protocol.  Google has created numerous incentives and penalties to encourage and prod developers into enabling HTTPS. These have included making it a positive ranking signal in search results, to changing Chrome’s security warnings for HTTP pages and sponsoring the Let’s Encrypt certificate authority, which provides free digital certificates.

This is evidently working. According to a recent Google report, there has been a significant rise in HTTPS traffic on Chrome on Android, Windows, Mac, and Chrome OS.

Google also notes that 71 of the 100 most popular sites have now enabled HTTPS by default, up from 37 a year ago. 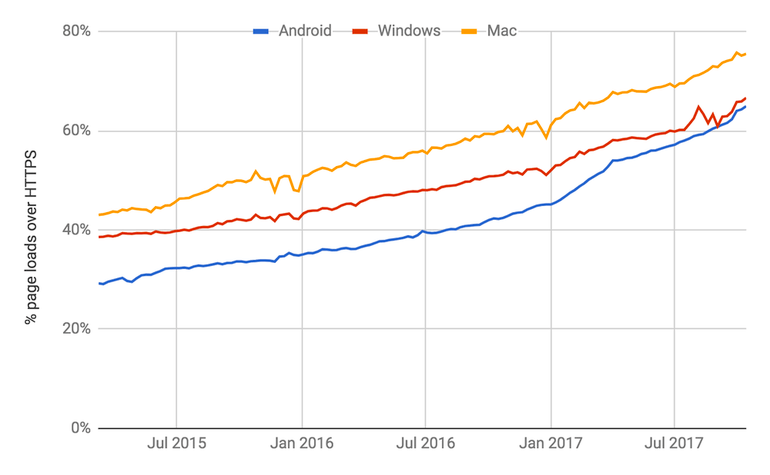