In what is now optimistically called the “Better Ads” report, Google has revealed its automated systems and a 1,000-plus editorial team blocked 780 million ads from distribution last year. That number includes intentionally malicious ads designed to infect visiting computers with malware, ads promoting scams, and others that inadvertently fell foul of Google guidelines for one reason or another. In addition, Google denied 1.4 million AdWords account applications. 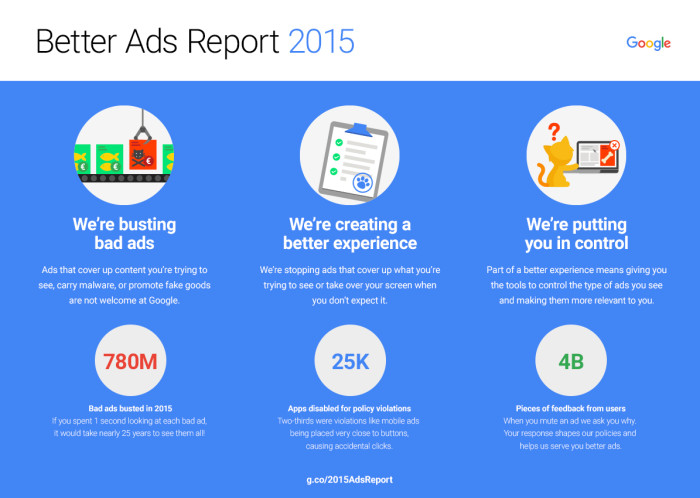 Last year there were more than twice the number of bad ads as reported for 2013; a significant increase also on the 2014 total of 524 million.

Expect the number of bad ads to rise again this year, if only because Google is tightening its policies and improving its ability to detect quickly those ads that violate them. And if your website or app promotes weight loss pay special attention. Sridhar Ramaswamy, head of Google ads, says the company will be “further restricting what can be advertised as effective for weight loss and adding new protections against malware and bots.”