Now that Google’s confirmed that right-hand side ads are no longer shown on desktop searches, AdWords advertisers have lots of questions. Chief amongst them is why Google made the change, and how the changes will impact their campaigns. Oh, and what’s going to be shown in that big empty white space? 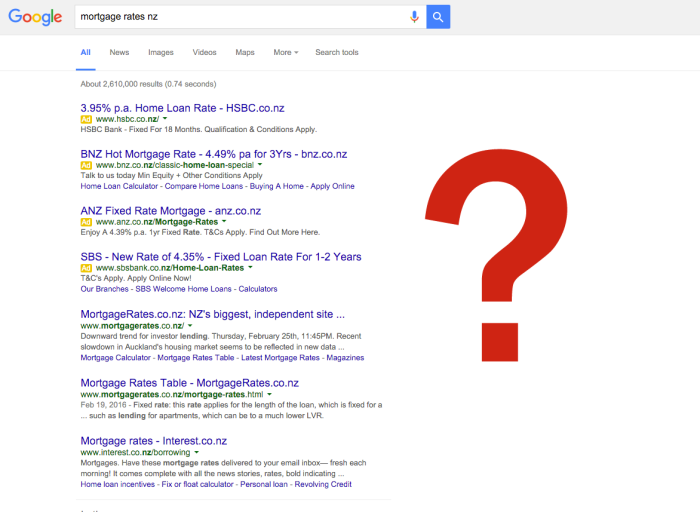 Well-known online marketing entrepreneur and author Perry Marshall is calling last week’s rollout, the biggest change to AdWords in 10 years. No wonder then that we find it curious Google did not announce the change (as it has previously after introducing comparatively minor layout revisions to the search results page).

In fact, it wasn’t until asked to do so by agencies and industry websites like Search Engine Land that Google ad reps and spokespeople confirmed the changes were underway. And only when prompted did Google reveal that the change was being rolled out globally and would be fully implemented on February 22.

Which brings us to the “why” behind these changes. First, there’s what Google is saying.

A Google spokesperson told The SEM Post that the company has been testing user satisfaction with the changes for some time now, working with a subset of search results. Testing first started in 2010, and the number of search results without side-bar ads started to escalate last December.

Given all this, we can reasonably assume that Google is confident that the changes improve (or at least do not diminish) user experience. And that, despite the fact that fewer ads are shown on the page, ad revenue will not be adversely affected.

In addition to justifying removal of the side-bar ads by saying it was not a spur of the moment decision, Google says it wants a consistent user experience across devices. The company has a mobile-first policy, it says, and there are no side-bar ads on mobile search results.

What everyone else is saying

So much for what Google tells us — what does everyone else think?

Few people doubt that a major reason for the change is to increase AdWords revenue; a priority for Google as a public company that derives all but a fraction of its profit from search and display advertising.

Where before there were as many as 11 ads on the search results page, there’s now a maximum of seven ads. (Google says that a fourth ad will appear at top of the page for “highly competitive” terms, while there will be no more than three ads at bottom of the page).

Four ads are also showing for searches that few would think commercial, however, according to a Moz report.  These include search queries like “child abuse”, “global warming”, “bible verses”, and “habitat for humanity”.

While you might think that removing the number of ads on the page would reduce Google’s revenue per page, it’s said that the side-bar ads get comparatively few clicks. Given their placement, they have always been less likely to be confused with organic listings.

Larry Kim at WordStream (a PPC management platform) says that his company’s data reveals that on average these ads receive only 14.6% of AdWords clicks. He clearly thinks that search marketers are over-reacting, and that they shouldn’t be worrying so much about the impact on cost per click (CPC) prices.

Kim’s reasoning? Desktop now accounts for less than half of all searches, so why are we all worrying about 7.3 percent of clicks? Besides, he adds, in many cases there will be an extra search ad at top of the page.

What’s more, he says, all ads shown on the page will have the full suite of extensions — sitelinks, call-out and location extensions, and all the rest — where before they were only shown for ads at top of the page. This will help them blend in with the rest of the results on the page, making it less obvious that they are, in fact, ads. And less obvious means more clicks.

It seems to us that Larry Kim is missing the point. Advertisers who were once happy to have their ads shown in positions five through 11 because they at least appeared on the first page are now competing for only six or seven slots. And if increasing their bids will get them to the top of the page — where they’ll get higher clickthrough rates and more clicks — they’ll try it.

We’re not alone in thinking this. When questioned, most in the industry think that advertisers’ desire to be in the top four results (above the fold) will indeed increase the bids required for those positions. And that the addition of a fourth ad above organic and other listings simply increases the likelihood that a paid search click occurs for each search page impression.

Smaller advertisers with less budget are worried. And yes, where the competition is particularly tough, some may drop out of AdWords altogether.

But what does the data tell us?

With little more than a week’s worth of data to work with, it’s too soon to draw hard and fast conclusions as to the impact of Google’s changes. And from what we’ve been able to see in reviewing desktop only results for generic searches, results for our clients do not as yet reveal any consistent patterns.

Most advertisers seem to be taking a wait and see approach. This we think, under the circumstances, wholly justified.

What remains to be seen is what if anything will appear in the right hand space, now that AdWords ads have been removed. Knowledge Graph results will continue to be displayed in that space, where relevant to the search, and may include some ads. Google has also said that Google Shopping Product Listing Ads (PLAs) may also be shown — but, despite being available in Australia, Google Shopping has yet to come to New Zealand.

One thing that won’t be there: Google Compare. Interestingly, Google has just pulled the plug on its financial comparison service that let consumers get quotes for products including car, home and travel insurance, credit cards, and mortgages. Although only operational in the UK and US markets, it was widely anticipated it would eventually be released in other countries.

While the changes to AdWords may appear momentous, we’ve yet to gauge their impact. We expect any changes in performance to vary by vertical, and by account, campaign and adgroup depending both on the level of competition and how competitors react.

We will be monitoring desktop generic search performance for any significant changes in impressions, clicks, clickthrough rates, ad position and impression share, along with CPCs and daily spend.

But if the prospect you may have to pay higher CPCs to be in the top tier results (or even to be on the first page) doesn’t at least have you concerned, consider the impact on organic search results.

With four ads at the top, all with ad extensions, organic listings have been pushed further down the page (and will be below-the-fold for some screen resolutions).

Yet, for advertisers finding that paid search is getting too expensive, organic listings become more important and search engine optimisation (SEO) a necessity. And we expect companies that have previously given more emphasis to paid search than SEO will start to invest more time and effort in improving their organic search results.