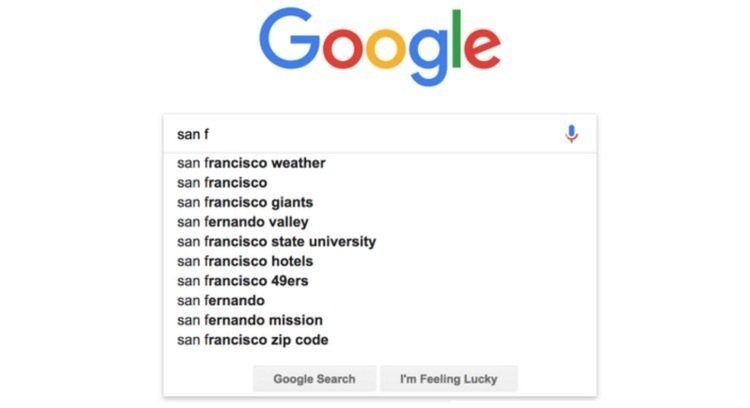 Most people will agree that the auto-complete predictions Google presents when you start typing a search query can be a real time saver.

Google estimates that on average, auto-complete reduces typing by about 25%. And with so many searches done daily, they estimate that cumulatively it saves over 200 years of typing time every day!

Google recently revealed in a blog post some interesting insights about how auto-complete works. They also explain why sometimes the results shown have been less than politically correct, plus what they are doing to prevent this happening.

An interesting read you can find here

Did your site get affected? Google has confirmed that last Monday they released what they describe as a broad core algorithm update.

Google released a similar algorithm update in early March and initially many SEOs speculated the update targeted low quality pages. However, Google subsequently advised that update was more to do with content relevance, rather than quality. In other words, Google is adjusting rankings so the most relevant web pages get higher rankings.

Google is fixated with providing users with the most relevant results and says most of its algorithm update are related to content relevance. Given this, relevance is likely to be the basis of this month’s update as well.

Pre-roll video ads — once forbidden by Facebook CEO Mark Zuckerberg because people don’t like them — will now show in Facebook search results and on Page timelines.

The World Federation of Advertisers comes out swinging, manifesto in hand. If brand owners are to win back consumer trust, the WFA says, they need to be more transparent as to how online data is collected and used. That’s what we think too — have they been reading our blog?

​Just released, a report by the CMO Council questions video viewability standards, with 21 percent of brand marketers saying they have cut ad spend due to poor measurement. According to the report, “Engage at Every Stage: An Investigation of Video Activation”:
- 95% of marketing leaders think digital media must be more reliable
- 73% want total transparency into traffic, viewers, and engagement
- 45% want real-time access to customer data and intelligence