Despite $300M+ Google Still Got the Heave

It seems a growing sentiment in Europe and other places around the world is that Google has become uncomfortably powerful. Whatever your perspective — should you care one way or the other — there’s no denying that Google is the 800lb gorilla dominating most markets. That’s unquestionably the case here in NZ where Google has around 95% market share of search.

As a result, for most people Google is synonymous for search. Want to search for something? Google it!

This dependency isn’t limited to individuals. For many years, Mozilla (the organisation behind the Firefox web browser), has been substantially bankrolled in a sponsorship deal making Google its default search engine. Mozilla has just reported 2014 revenues of almost USD $330M —  98% of which came from its search deal with Google.

If any organisation was ever in Google’s pocket it was Mozilla. 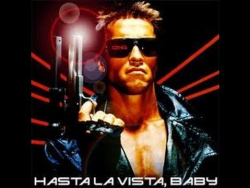 According to Mozilla’s chief business and legal officer, the organisation chose this strategy to encourage more competition. For Mozilla, more competition means giving consumers more choices when they access information and services online. Mozilla is a non-profit organisation that doesn’t operate like Google, Microsoft and Apple, its biggest competitors in the browser market. Unlike these profit driven organisations, Mozilla’s mission is to ensure people have choices in their online activities.

Interestingly, Mozilla is claiming that despite moving away from Google their financial performance in 2015 will be even better than last year due to a new range of “very strong” search deals. Some are sceptical about Mozilla’s long term outlook because, even though revenues are increasing, Firefox market share is declining. In the past year, Firefox market share across desktop, mobile and tablets shrunk from 11.97% to 9.53%.

This decline doesn’t surprise me (as someone whose browser of choice used to be Firefox). In recent years it’s moved from being an agile innovative browser to one that is bloated, slow and unstable. As a result, I (like so many), reluctantly switched to Chrome.

Let’s hope Mozilla can get Firefox sorted and survive long term. Having a strong independent competitor in the market benefits consumers.