PageRank — Google’s measure of a website’s value — is at last dead.

The final nail in the coffin comes with Google saying PageRank will no longer be made public, and will not be visible in web browsers or third party browser add-ons. 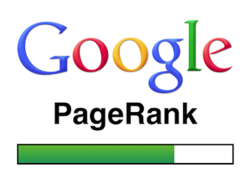 Google will continue to use PageRank in its ranking algorithms, however. What’s changing is that website owners and any others who may be interested (that is, anyone involved in SEO) will no longer be able to see Google PageRank.

This is a natural evolution: Google stopped showing PageRank in Google Search Console (then Google Webmaster Tools) in 2009, and never released Google Toolbar for its Chrome browser.

This is a good thing, as industry analyst Danny Sullivan rightly notes on Search Engine Land.

In our view, here’s why:

But what does Google say about all this?

Google Webmaster Central’s John Mueller told The SEM Post: “…this update does not change anything for webmasters or SEOs in how their sites show up in search. Webmasters can use Search Console to get details about their content’s presence in Google Search, including information about links pointing to their sites. As the Internet and our understanding of the Internet have grown in complexity, the Toolbar PageRank score has become less useful to users as a single isolated metric. Retiring the PageRank display from Toolbar helps avoid confusing users and webmasters about the significance of the metric.”