Google is now blocking clicks on mobile ads and in-app interstitial ads that are likely to be unintentional.

Referencing third party studies that claim up to half of mobile ad clicks are accidental, Google is now blocking: 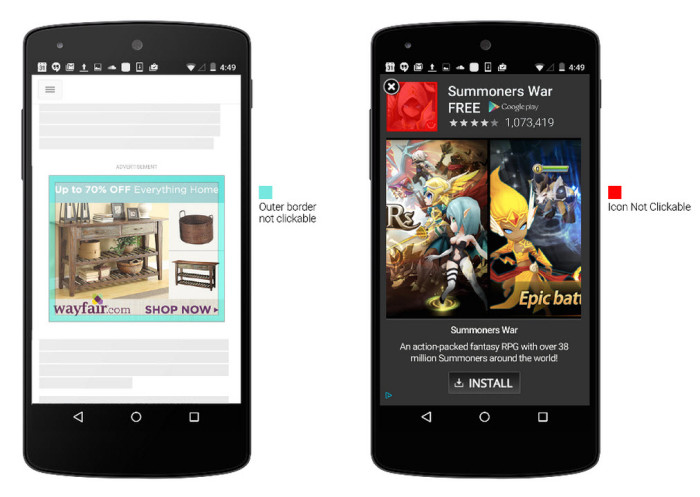 AdWords advertisers running multi-device display campaigns or promoting their apps can expect to see changes in campaign performance. While click-through rates may drop, conversions should increase.

In announcing the recent changes, Google says that after introducing the new rules mobile ad conversion rates have improved by 15 percent.