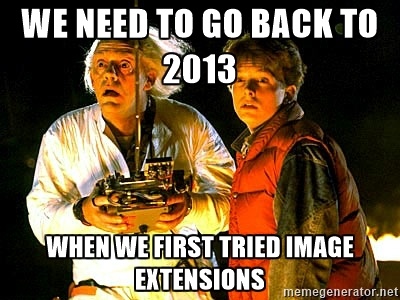 The Year was 2013 and Google was first to market testing “Image Ad Extensions”. The test never went to general release and the project was mothballed.

In 2015 Bing released its own Image Ad Extensions and they have been running successfully since then.

Now it looks like Google has gone “Back to the Future” and is testing image  ad extensions again. This time, calling them “Visual Sitelink Extensions”.

A recent screenshot of mobile ads being run by QuoteWizard (a car insurance comparison site) in the US by competing firm The Zebra  show examples of the new extensions. 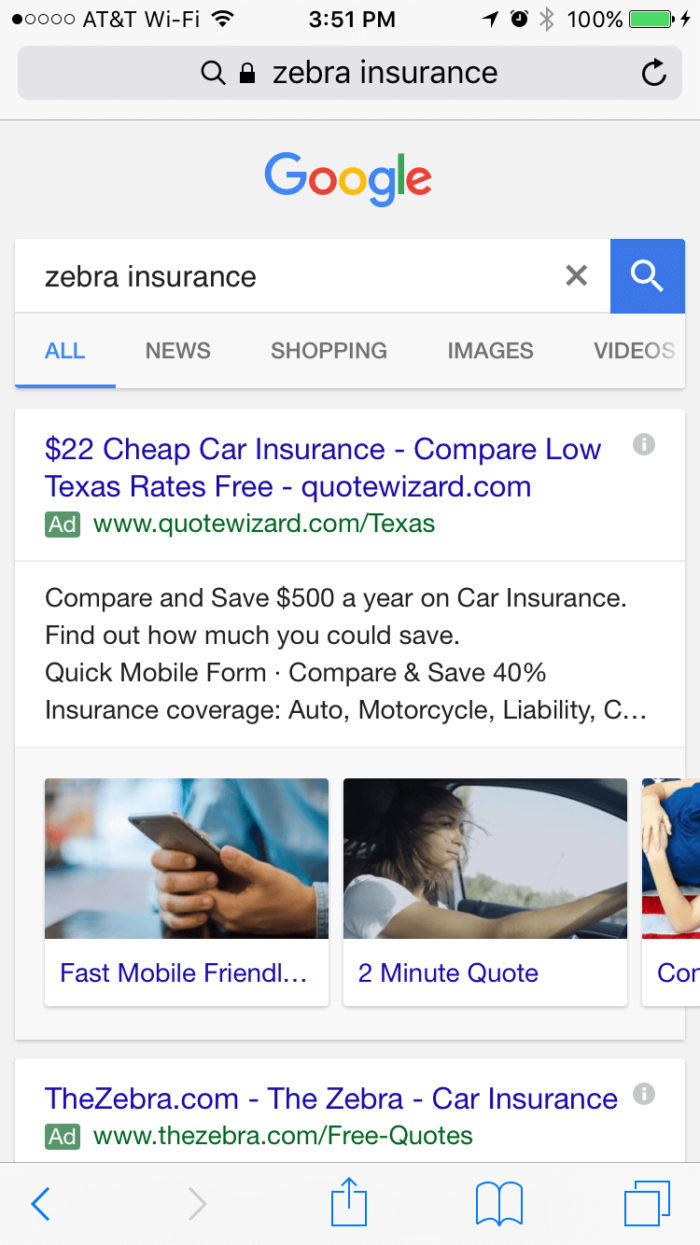 The image extensions are in a similar format to the new swipe card price extensions we reported on last week.

Bing’s ongoing success in this area could have lead to the rethink, while the rollout of the swipeable carousel cards has opened a new opportunity to re-introduce the concept for Google.

Also of interest is that the Price Extension cards have apparently also now been seen being tested on desktop.

If an image is worth a thousand words then the new addition could very well increase click through rates and overall ad performance for those that begin to use them.

We will be keeping an eye on these and let you know if and when they are released into the NZ market as early adopters can benefit if other advertisers are slow to pick up on new features.