Waze, the free real-time traffic navigation app from Google is introducing “Waze Local” map-based advertising. This is aimed primarily, (though not exclusively), at small businesses and enables them to reach drivers nearby with targeted advertising messages.

Designed to be simple to buy and set up, it features three ad units:

Matt Phillips, who’s in charge of the global SMB team at Waze, told us that setup takes under five minutes and that the units and dashboard were designed with considerable input from small to medium businesses (SMBs). Accordingly, Waze will report:

Google’s been testing Ad Suggestions since January 2017 in the UK and US markets; it's now being rolled out to accounts here.

You’ll see the new ads on the Recommendations page in your AdWords account, and may be alerted via email (depending on your notification settings). You can opt out completely from the program, although making sure that you have at least three active ads in every ad group should also do the trick.

If you are interested in seeing what Google comes up with, simply review the ad suggestions and choose whether or not to let them go live. Do nothing, however, and the ads will be automatically enabled two weeks after they are first proposed.

An interesting recap on a panel session at the recent SMX West conference about optimising for voice search and virtual assistants.

Much of this growth will be driven by the mass uptake of AI services like Google Assistant which is currently available on over 400 million devices, such as Google Home speakers.

According to Google, people use voice quite differently from the way they use traditional search. The commands tend to be far more action-oriented and 70% of all voice queries are in natural language format.

Clever as Google Assistant is, accessing recipe content using voice search through Google Home is only possible if the site with the recipe has implemented structured data markup.

The growth in voice search highlights the increasing need to implement structured markup on websites and make them future proof. 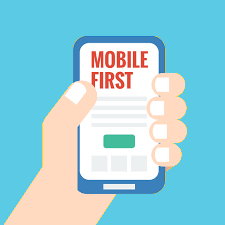 Included sites are getting notification messages in their Google Search Console accounts. These sites will see significantly increased crawl rate from the Smartphone Googlebot.

A quick way to identify if a site has been included in mobile-first indexing is that the mobile version of pages will show in Google Search results and Google cached pages.

Contrary to popular misconception, Google doesn't have a “mobile-first index” that’s separate from their main index. Google continues to have one single index for search results.

The big difference is that increasingly Google will switch to indexing the mobile versions of websites, rather than the desktop version which historically is what has been indexed.

For most websites using responsive design that shouldn't be an issue. But if you have a separate standalone mobile site you may have issues.

Check out the Google announcement here...

Analysis by ad serving firm Flashtalking has revealed that nearly two-thirds (64%) of tracking cookies are either blocked or deleted by web browsers. Advertisers are in for a particularly hard time tracking users on mobile devices (which reject 75% of cookies). 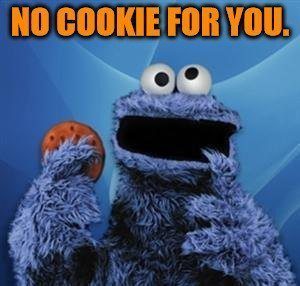