Graphiq: Ours is Bigger Than Google’s 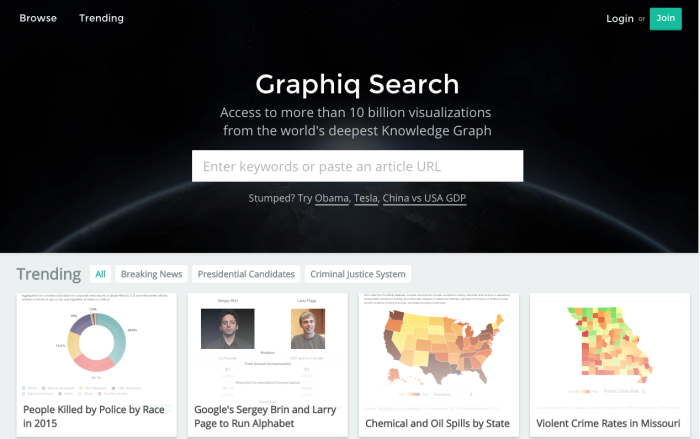 Not coincidentally, Knowledge Graph is, of course, what Google calls its direct answer knowledge base. Launched in May 2012, Google’s Knowledge Graph displays facts sourced from Freebase (a database acquired with Google’s purchase of Metaweb) as well as publicly available information from sites like Wikipedia, The CIA World Factbook, and the Internet Movie Database. 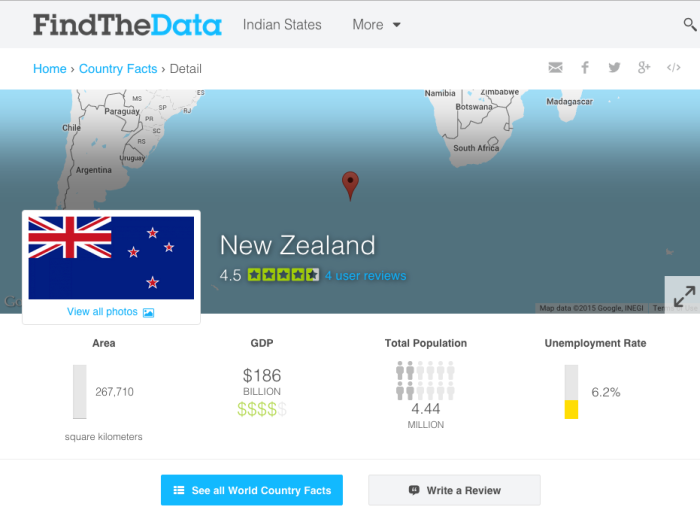 Hello…Can we get the map locator icon moved to the right? And a few more reviews would be nice…

More competition in the search space is good. But on first glance Graphiq has a lot to do if it is to fill the gaps in its knowledge graph database.

As a data visualisation search engine, it will interest researchers and journalists but, on the surface at least, the information appears overwhelmingly US-centric.

According to the company, journalists can use Graphiq’s existing data visualisations or create new ones from Graphiq data. Companies reported to have used the free visualisations include AOL’s Huffington Post and TechCrunch, MSN, the International Business Times and Hearst Newspapers.