As we have reported a number of times over the last year, the use of ad-blocking technology is on the rise. The last report compiled by PageFair and Adobe, the 2015 Ad Blocking report, reveals that around 22 percent of New Zealand Internet users have installed Ad Blocking software.

Simultaneously, the IAB Tech Lab released its own ad blocking detection script which is available to all IAB and IAB Tech Lab members around the world (yes, that includes NZ and Australian members).

We approached the CEO of IAB NZ Adrian Pickstock who stated that the IAB is “reviewing the US position and potentially tweaking things to make them more relevant to the NZ market”. Pickstock said the IAB would be “releasing more information to NZ IAB members over the next couple of weeks”.

The tactics and script are designed to work hand in hand, providing a recommended approach for publishers to connect and DEAL with ad blocking consumers through a step-by-step process: 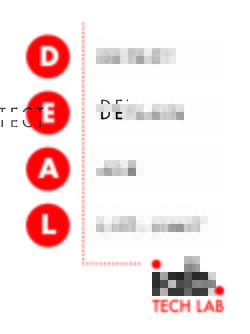 Publishers should care and they should care a lot. While we all have responsibilities to ensure we are putting relevant content in front of the right consumers, everyone needs to raise awareness about the impact ad blockers have in the exchange of value for information provided on publisher sites.

If you are an IAB member wanting to obtain the Primer the process is fairly simple: simply fill out the online request form and follow the instructions. But if you are a New Zealand member we recommend holding off until further clarification is available locally.

If you are not an IAB member, the Primer is still freely available. It’s well worth a read as it outlines the pros and cons (the risks) associated with each strategy that might be used to deal with users with ad-blockers. You can then make an informed decision to purchase or implement your own detection software or join the IAB and use what the organisation provides its members.