Is Viv the Google Killer?

“Viv” is a next generation Artificial Intelligence virtual assistant that in the long term has the potential to seriously hurt Google. This may explain why Google – and Facebook – want to buy Viv. 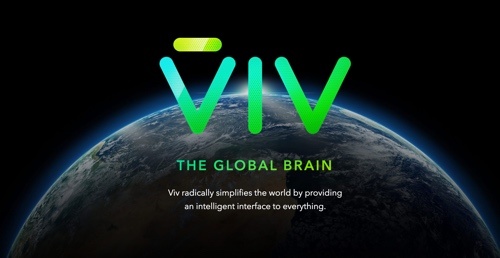 Some are dubbing it “Son of Siri” because Viv has been developed by the team who originally created Siri back in 2009. Siri is the voice activated virtual assistant that was subsequently bought by Apple and incorporated into the iPhone.

Viv Labs claims to be on the verge of realizing an advanced form of Artificial Intelligence or AI that will be able to teach itself, giving it almost limitless capabilities. In time, they assert, Viv will be able to use personal preferences and a near-infinite web of connections to answer almost any query and perform almost any function.

So what’s it like in action? Yesterday we got a peak of Viv’s capabilities for the first time. Viv effortlessly handled complex conversational commands that Siri, Google Now and Cortana can’t cope with, such as “Will it be warmer than 70 degrees near the Golden Gate Bridge after 5PM the day after tomorrow?” Whilst that is impressive, the real game-changer is the integration with third party apps. The demonstration shows Viv send money to someone through Venmo, order flowers through Pro Flowers, drill down within search results, and book hotels.

Judge for yourself (and if you’re impatient, jump to 1:15)

Google’s stated mission is “to organize the world’s information and make it universally accessible and useful.” Clearly Google have been very successful in bringing order to the web for consumers with their search engine and, in the process Google has effectively become a gatekeeper to the web. This has enabled them to build an advertising platform that generates mind-boggling revenues – the bulk of Google’s $66 billion revenue in 2014 came from AdWords.

So why could Viv become a threat to Google? Essentially it could provide a new channel that by-passes Google.

Viv is an open system that can side-step Google by plugging directly into numerous partner services which provide it with data. Apparently Viv’s founders don’t see it as just one product tied to a single mobile phone manufacturer. Instead they see it as a ubiquitous service that could be licensed to anyone that wants to incorporate Viv’s AI into their product, such as TV manufacturers, car companies, and app developers.

Beyond licensing fees, where Viv could make money is by clipping the ticket. An example given by one of Viv Labs co-founders, Dag Kittlaus, is the online dating site Match.com which arranges 50,000 dates a day. What Match.com isn’t able to do is say, ‘Let me get you tickets for something. Would you like me to book a table? Do you want me to send Uber to pick her up? Do you want me to have flowers sent to the table?’ According to Kittlaus Viv could provide all those services—in exchange for a cut of the transactions that resulted.

AI heralds the next big shift in computing — and digital commerce itself. Over the next five years, that transition will turn smartphones into virtual assistants with supercharged conversational capabilities, according to Julie Ask, an expert in mobile commerce at Forrester.

Clearly this is recognised by Apple, Google, Microsoft, Facebook and Amazon. A huge arms race is underway with all investing heavily in artificial-intelligence. Viv Labs aren’t the only ones to see AI providing the opportunity to become the ultimate intermediary between businesses and their customers.

Powered by artificial intelligence and unprecedented volumes of data, Viv could become the portal through which billions of people connect to every service and business on the Internet. It’s a world in which you can order a taxi, make a restaurant reservation and buy movie tickets in one long unbroken conversation — no more typing, searching or even clicking.

If that materialises it could become Google’s worst nightmare.

Of course, all the above is speculative and it will be interesting to see Viv in action next week. Whichever way things play out for Viv, there’s no doubt the use of voice search and virtual assistants is growing dramatically. In 2014, voice assistant usage was negligible. Today, voice usage exceeds 15% of all search traffic according to Mindmeld.

Maybe in time we’re likely to end up like Captain Kirk and interact with computers primarily by voice. 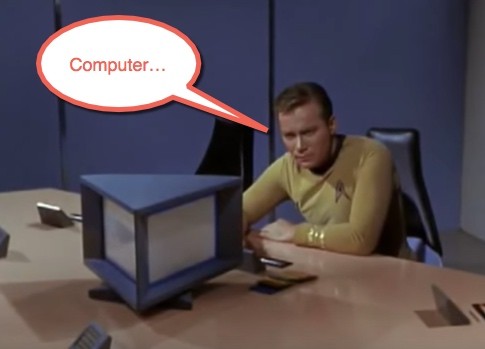 Ultimately the rise of AI is going to be a game changer and will introduce both new challenges and opportunities for businesses, publishers, advertisers and search practitioners.