Microsoft – Yahoo Marriage of Convenience About to End?

It’s not working! Speculation Yahoo wants to end its search partnership with Bing. Rumours Yahoo has built its own mobile search engine. 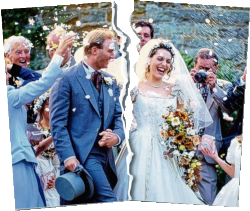 Back in 2010 competitors Microsoft & Yahoo joined forces & formed a global alliance in an attempt to unseat Google’s ever increasing domination of the search market. The agreement meant Yahoo, which was fast losing market share, threw in the towel as a search engine & outsourced organic and paid search to Microsoft’s search engine Bing.

Since the agreement came into effect Yahoo’s search results have included a “powered by Bing” logo in the footer of the search results page. Some saw this as a humiliating step for Yahoo which had once been a significant player in search and serious competitor to Google.

Five years on and clearly this marriage of convenience has underperformed expectations – especially for Yahoo. The two companies’ combined share of the search market has remained flat for the past five years. In fact Yahoo’s search share has fallen even further, whilst Bing has grown its share at Yahoo’s expense.

Leadership of both Yahoo and Microsoft has changed since the Search Alliance was signed and evidently enthusiasm for the deal has cooled. Yahoo’s current CEO & former senior Google executive, Marissa Mayer, has been openly critical of it.

Halfway through the deal’s 10-year term, Yahoo and Microsoft are currently back at the negotiating table trying to work out a new deal going forward. Supposedly, Mayer is pushing hard to find a way to end the alliance.

Since joining Yahoo she’s tried to reinvigorate search and paid-search advertising directly within Yahoo. An outcome of this is that Yahoo recently displaced Google as the default search engine on the Firefox browser in the US. There’s a lot of analyst speculation that Yahoo is now planning to out-bid Google for the right to be the default search engine in the Safari browser on iPhones and iPads.

Adding fuel to the speculation about Yahoo getting back directly into search are reports last week that Yahoo mobile search results in the US have been seen without the “Powered by Bing” logo. There are claims that Yahoo has built its own mobile search engine & was testing it with 15% of its mobile users.

Note, whilst the Yahoo-Bing alliance is global, it couldn’t be made to work in NZ & Australia due to conflicting relationships Yahoo & Microsoft had at the time. Yahoo7 is a 50/50 partnership between Yahoo & Channel 7. Meanwhile up until 2013 Microsoft has a similar agreement with Channel 9 (NineMSN). Because of this Bing was launched in Australia independent of Yahoo. The ironic outcome is that Yahoo Australia was compelled to become part of the Google search partner network which is why the search results you see in Yahoo NZ & Australia are powered by Google.

Right now the amount of traffic generated by both Bing & Yahoo to your website is most likely a non-event compared to what Google delivers. Google’s domination of the search in the NZ market is almost a total monopoly. And whilst we certainly don’t like everything Google does, they’ve earned this position primarily by being so much better than competitors & providing users with the best search experience.

If Yahoo do split from Bing and successfully re-establish themselves as a standalone search engine again then maybe – a huge maybe – they’ll eventually challenge Google again. It would be great to have a viable alternative competitor in the market because Google’s market share here is just so high.

We’re certainly not holding our breath for this…