The recession had a severe & predictable impact on advertising last year with most New Zealand businesses dramatically reducing their ad spend. Spend on all advertising mediums took a dramatic dive – with the notable exception of online or interactive advertising which grew strongly.

The chart below shows the impact the recession had on advertising spend overall & the big drops being seen in newspaper & TV spend. Strongly contrasting this was the growth of online advertising spend. By the end of 2009 online ad spend was fast approaching that of Magazines & Radio. 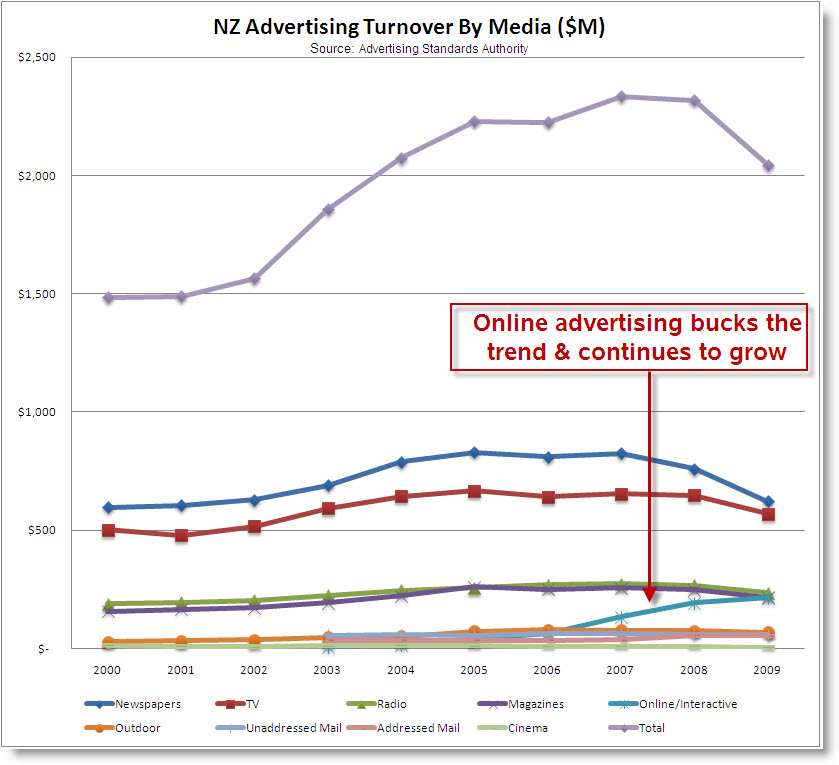 According to figures released by the NZ Advertising Standards Authority advertising spend shares by medium for the year ending Dec 2009 were: 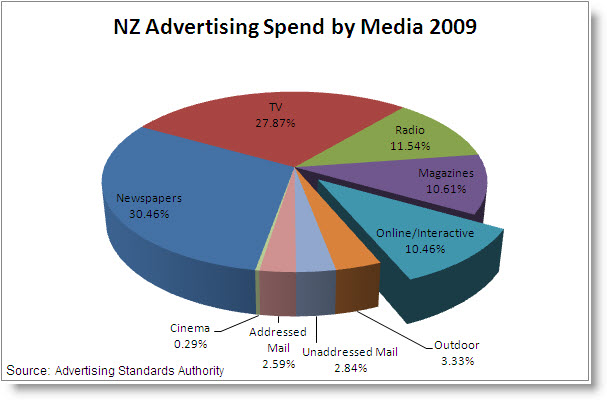 New Zealand Interactive Advertising Bureau (IAB) chairman Michael Gregg believes that online advertising has now passed magazine spend in the first quarter of 2010. Furthermore he predicts it should be seriously threatening radio for third position by the end of 2010, chasing print and television.

There’s a message there.