The Rise of Mobile — Now Nearly 70% of Digital Media Time

Mobile growth continues its meteoric rise while desktop staggers in the latest reports out of the US. Last week, comScore released its “2017 US Cross-Platform Future in Focus” report, which tracks consumer usage patterns across digital media channels and platforms.

In the report, comScore found that the average user now spends nearly three hours (2hrs 51min) on mobile per day. Mobile “now accounts for 69 percent of digital media time spent.” Desktop digital media time has dropped for the second year in a row and is now down to under a third. 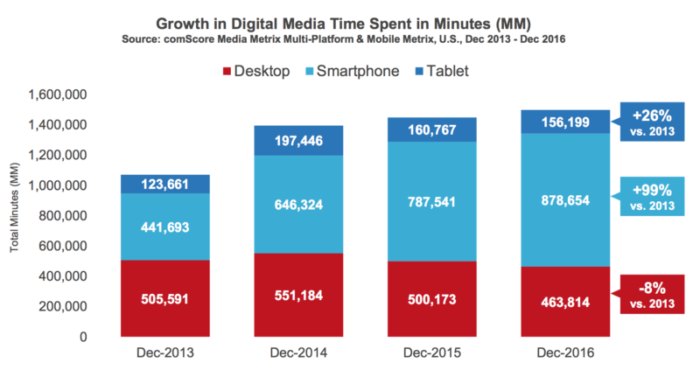 Not surprisingly Facebook and Google dominate mobile app usage, with the two companies capturing all of the top eight slots and half of the top 20.

Snapchat is the top app not owned by either Google or Facebook. 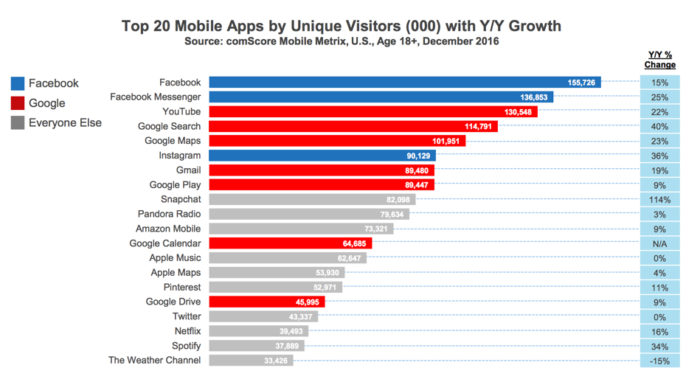 Where are people spending their time?

Social Media leads all categories in engagement, accounting for 1 out of 5 minutes spent online. 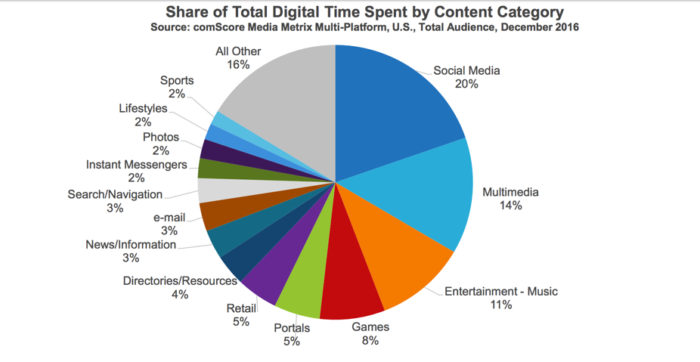 Why Should You Care?

As has been regularly pointed out, ad spending on mobile lags way behind in proportion to the time consumers spend on mobile devices compared to desktop. According to comScore, in the retail category, 80 percent of ad dollars are spent on the PC, although only 33 percent of consumer shopping time is spent there.

It is not enough to have a digital strategy these days. Businesses need to break that down into channel, device, and platform and have defined strategies best suited to each (or risk wasting marketing budget).

Social has often been considered a channel that does not produce ROI. But if that’s still your impression, it’s time to reconsider. The ability to target specific demographics has markedly improved social results.

Google Search and Google Maps are amongst the top five most used apps and should be considered in any mobile advertising strategy where the intent is to target local consumers needing products or services “in the moment”.

You may think that this US data is irrelevant to the NZ market but trends first seen in the US and UK markets are often later seen here. We do lag behind those markets by a couple of years, however, so reading reports like this one is akin to having a crystal ball.

You can download the full report here (you do need to provide your details to activate the download).

Book a free 20 min consultation with me here: calendly.com/glenn-marvin