What makes an ad viewable? Hint: Required view time is longer than you think.

When is an ad viewable? 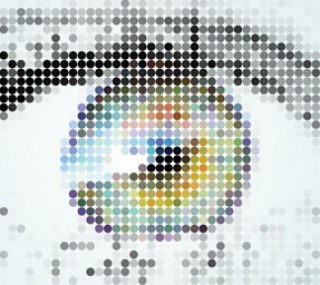 Ask the question of the IAB (Internet Advertising Bureau) and the requirement is that at least half of the ad appears on screen for at least a second. But a new eye-tracking study by UK ad tech company InSkin Media, conducted by Sticky and Research Now tells a different story: the ad needs to be fully on screen for 14 seconds.

The study, which surveyed 4,300 UK consumers, found that a quarter of the ads that the IAB considered “viewable” were not actually looked at. Furthermore, only 42% of ads were looked at for a second or more.

Why aren’t consumers viewing our ads? Unsurprisingly, the more there is on the page, the less likely they are to be noticed. On cluttered pages, gaze time was reduced by 37% on average.

The viewability debate has scarcely started, but the clear message is not to fixate on ads viewed as a metric for brand campaign success. Rather it’s a starting point, and campaigns should be optimised based on subsequent engagement metrics.

– Speaking to Campaign magazine, InSkin’s Steve Doyle said: “A campaign should be assessed in three stages: did the ad have the opportunity to be seen, was it actually looked at and what was the impact. It should be judged and optimised against the last stage (impact).”