An international survey by market research company GfK has confirmed the commonly-held belief that the major reason people buy online rather than in-store is to save on price. But it’s not the only reason. 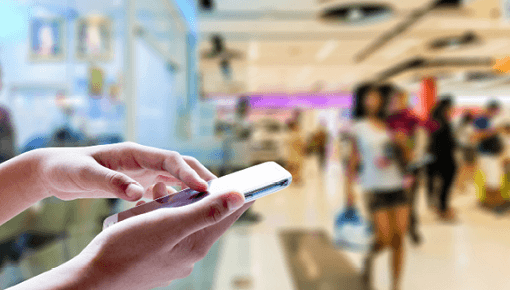 However, the other reasons given by the 23,000 shoppers in APAC, LATAM, Europe, North America and the Middle East show that the choice between online and in-store is not always clear-cut. In fact, four of the top five reasons for deciding to buy online were also given as the top five most important factors that led people to buy in-store. 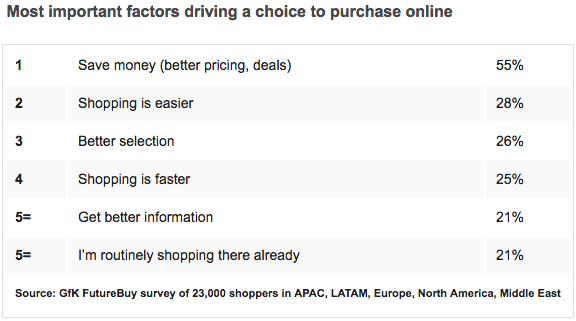 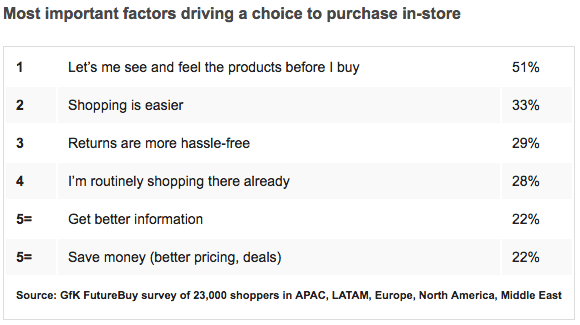 What would get more people buying online? The top reason consumers had for buying in store was because they could see and feel products before buying; the third, because returns are “more hassle-free”.

You’ll win more online buyers with a liberal returns policy. It should be easy to find on your website, while those who do best online have no charge for returns.