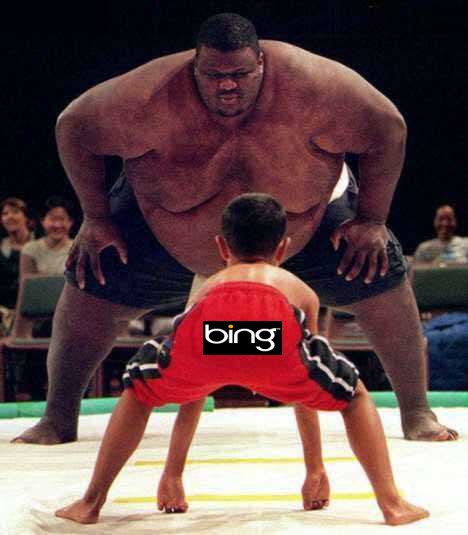 After a number of false starts Yahoo & Microsoft have finally agreed to join forces in the battle against search Goliath Google.

Recently Yahoo and Microsoft agreed to a 10 year partnership, although it may take up to two years for the full plan to take effect. Then the top three search engines will become just two – Google & Bing.

No, Yahoo isn’t closing, but it is finally throwing in the towel as a search engine. The agreement means Yahoo will be outsourcing its organic and paid search to Microsoft’s new search engine, Bing. Specific details of the agreement remain unclear, but it seems Yahoo will license its search technologies to Microsoft who will cherry pick bits to incorporate into Bing. In exchange Yahoo will receive an 88% share of all search revenues Bing generates from sites owned and operated by Yahoo.

The overall look and feel of Yahoo is expected to stay the same. However in time Yahoo’s sites will be branded with “Powered by Bing.” The biggest change will occur behind the scenes when Bing’s organic and paid search algorithms become the main platform for Yahoo’s web sites. This merging of technologies is meant to encourage more innovation in search and make Bing a true competitive force against Google.

But will this partnership really be a good thing for advertisers and consumers? The jury’s out on this.

Many welcome the move because of Google’s increasing global dominance in search. The hope is that Bing will become a credible alternative competitor and so undermine Google’s dominance in all things search. (The irony of monopolistic hard-playing Microsoft taking the role of David in this David & Goliath battle is not lost on most).

Some however see this merger as being detrimental and limiting options for consumers and advertisers. Google, Bing and Yahoo often present quite different search results because they each use very different search algorithms. Opponents to the merger see that taking Yahoo out of the equation will force consumers to choose between just two of the world’s largest tech giants. In addition they argue that advertisers will have less options, which means it may cost more to incorporate paid search into search marketing campaigns.

In my view the objections to the merger don’t hold water – certainly for consumers and advertisers in New Zealand. Here Google absolutely dominates the search market with a share of 95% +. This is high by global standards and the reality is that in NZ there is no real competition for Google.

Personally I’m a huge fan of Google because they are so very good at what they do. However, despite this, it would be great to have a viable alternative competitor in the market because Google’s market share here is just so high. Whether that happens or not, remains to be seen.

What do you think?