As discussed in a previous post Google has been testing a new look for their search results. But has this included Google trying out banner ads in their SERPs? (Search engine results pages).

Last week a client told us they were seeing banner ads in Google search results & said they wanted them run for their campaign too.

Banner ads in Google SERPs? Hard to believe! We were skeptical & suggested what they were in fact seeing were display ads on the Google content network.

But no, they insisted it was in normal Google search results & to prove it sent through screen grabs showing banner ads being displayed in Google SERPs. Below is an example. 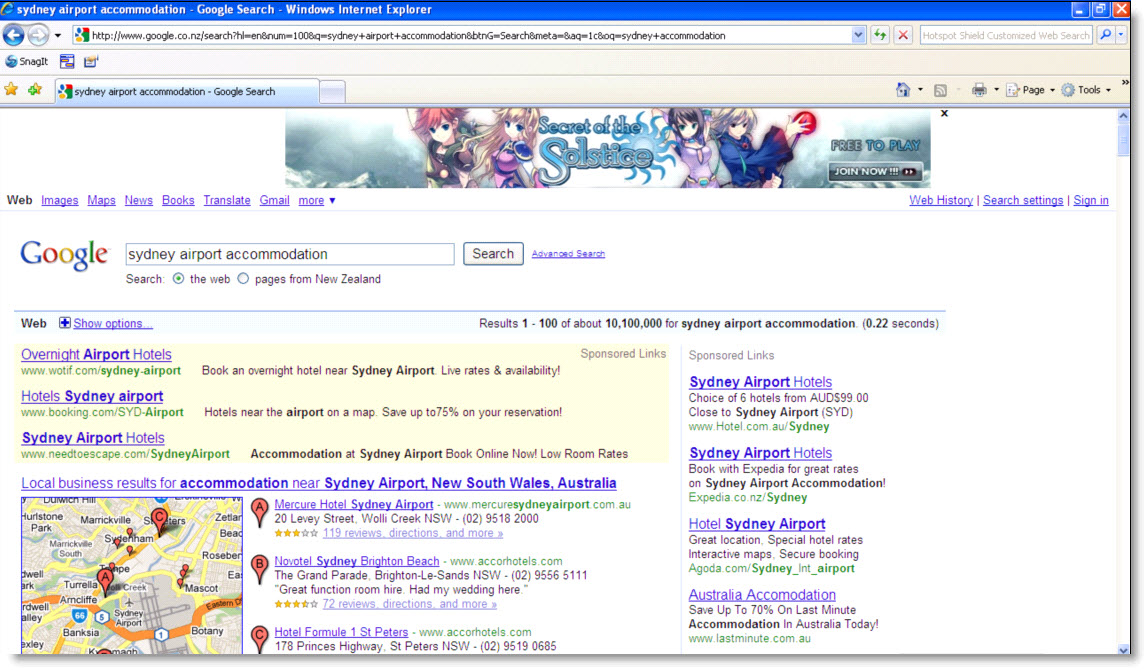 We were stunned & immediately tried to replicate the results. But no matter how many searches we tried we couldn’t get display ads to appear – be it in Google.co.nz, .com,.com.au, .co.uk or whatever.

Then we twigged. The client was using a web proxy service & that was presenting the display ads on the SERP page by using a frameset. (The little X to the right of the banner is the giveaway).

Damn – for a moment we thought we had a real scoop….